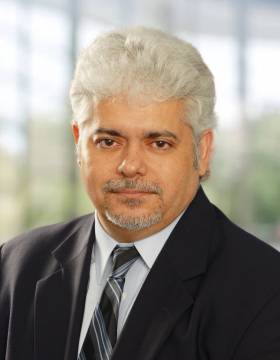 Mitchell Scott was appointed Chief Policy Advisor effective 1 March 2021, after serving as Special Assistant to the Managing Director since 10 February 2014.

During his tenure at CIMA, he has gained a wealth of knowledge and regulatory experience in research and development. Previously, he served as Head of the Investments & Securities Division and later as Head of the Policy & Development Division.

Prior to the establishment of CIMA, Mr. Scott was also employed by the Cayman Islands Government in June 1986. He became an analyst in the Banking Supervision Department in July 1986 and gained experience and training in this area, including a year on secondment to the Bank of England, until he became responsible for the licensing/registration and supervision of mutual funds and mutual fund administrators in 1993.

Mr. Scott returned to Banking Supervision at the end of 1995 and was appointed Acting Inspector of Financial Services in October 1996. He held the position of (interim) Managing Director of the Monetary Authority on its establishment in January 1997 before heading up the newly formed Policy & Research (now Policy & Development) Division in July 1997.

Mr. Scott has represented CIMA at local and international conferences and on a number of committees with industry participation, including the (Anti-Money Laundering) Guidance Notes Committee and the Funds Industry Steering Committee (2002).