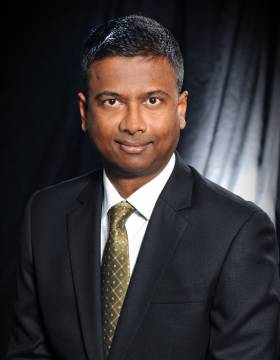 He had been appointed to act in this positiion, with effect from 14 March 2016.  Mr. Jayasekera was promoted to the position of Deputy Head of Insurance on 1 September 2014, having rejoined the Authority in January 2013 as a Chief Analyst.

He first joined the Insurance Division at CIMA in April 2007, as a Senior Analyst and was later appointed as a Chief Analyst. After working in this capacity for a few years, he returned to Sri Lanka in 2011, taking up the position of Assistant General Manager – Business Operations at Allianz Insurance Lanka Ltd. He then returned to CIMA as a Chief Analyst in the Insurance Supervision Division in January 2013.

In the post of Chief Analyst, some of his duties and responsibilities included financial supervision and monitoring of all types of insurance operations including captive and domestic insurance companies, captive insurance management companies and insurance intermediaries, assessing new licence applications and business plan changes including changes to (re)insurance programmes and product approvals. He was also responsible for closely monitoring and following-up on issues related to insurance operations that are in contravention of laws and regulations, handling customer complaints, leading meetings with shareholders, directors and management of licensees, industry representatives, production of statistical reports, processing requests for assistance received from regulatory bodies in other jurisdictions and carrying out onsite inspections.

Mr. Jayasekera started his career in the insurance industry soon after graduating from the University of Colombo, Sri Lanka, in 1998.  He has over fifteen years of experience in insurance, in both regulatory and industry roles. He has experience working for life and property and casualty insurers. He holds a Master’s degree in Business Administration and a Bachelor’s degree in Statistics, both from the University of Colombo, Sri Lanka. He is also a Chartered Insurer and holds Associate designation from the Chartered Insurance Institute, United Kingdom.