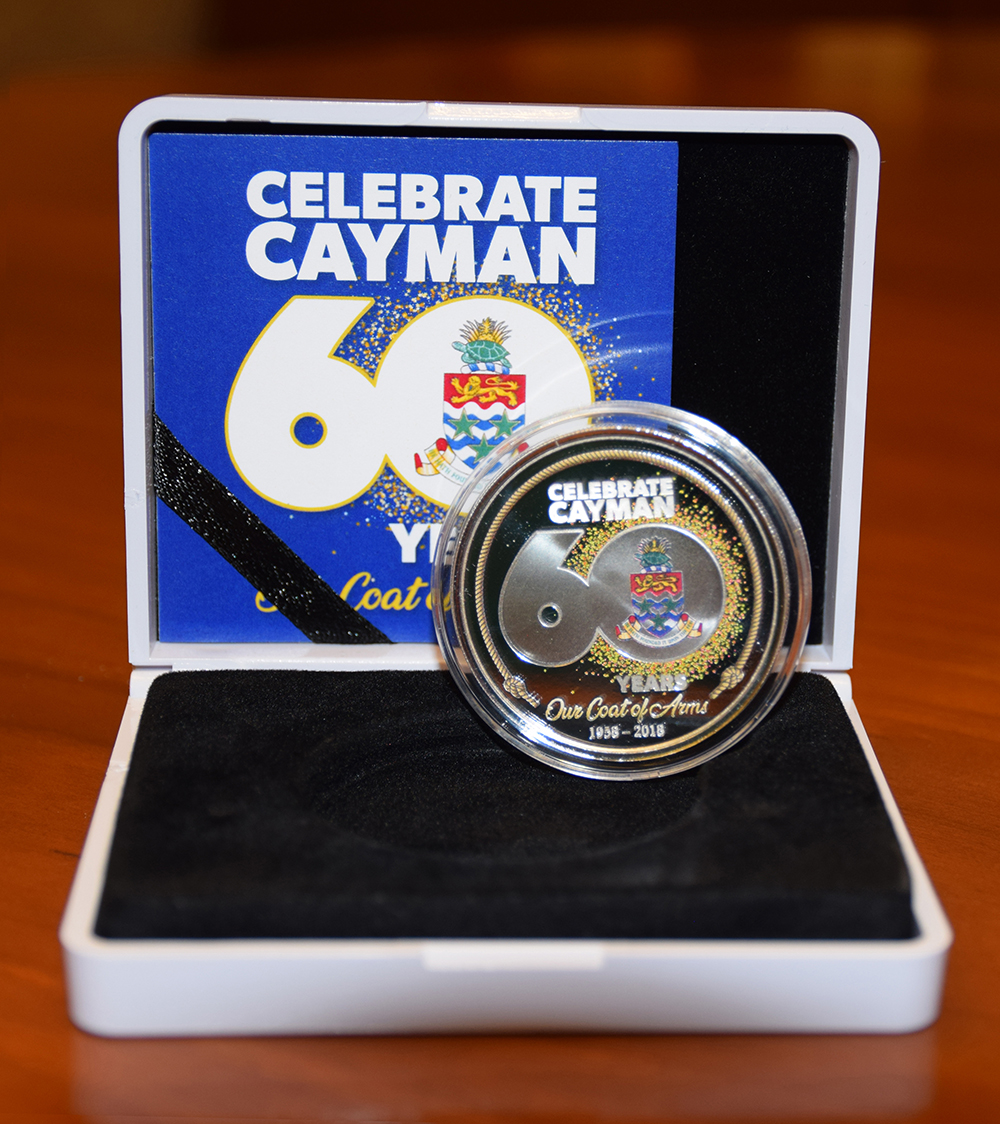 In 2018, the Cayman Islands celebrated the 60th anniversary of its Coat of Arms.

Due to overwhelming demand, CIMA and Celebrate Cayman have received approval for a second mintage of the coin – an update that will delight those on the waiting list hoping for such news. The stylistic details of the second mintage differ ever so slightly from the first edition, a move to protect the integrity and authenticity of each. The second mintage coin features the thatch rope and “Our Coat of Arms” in gold – these elements were silver in the first mintage.

The one troy ounce of .999 fine silver coin was designed by Celebrate Cayman Committee Project Coordinator Kara Coe and is the second commemorative coin she has designed for the Cayman Islands Government.

The Coat of Arms is depicted on the obverse side of the coin with the 60th Anniversary logo in partial colour on the reverse.

The conferral of the Coat of Arms was made on 14 May, 2018. To celebrate the 60th anniversary, the Cayman Islands Government launched Celebrate Cayman in May this year. This two-year national initiative tells the story of both our Coat of Arms and our first Constitution, which was issued almost a year later on 4 July, 1959. The initiative is an important platform for public engagement, education and national pride as the Cayman Islands honours our past and embraces our future.