The Banking Division was responsible for the supervision of 125 banks as at the end of December 2019 (September 2019: 132 and December 2018: 133). These are comprised of 6 retail and 3 non-retail Category ‘A’ banks, and 116 Category ‘B’ banks, portraying a sound and resilient banking sector in a challenging global financial environment. The majority of these banks are branches (77) and subsidiaries (33) of international banks from North America, Europe, and South America, as shown below. 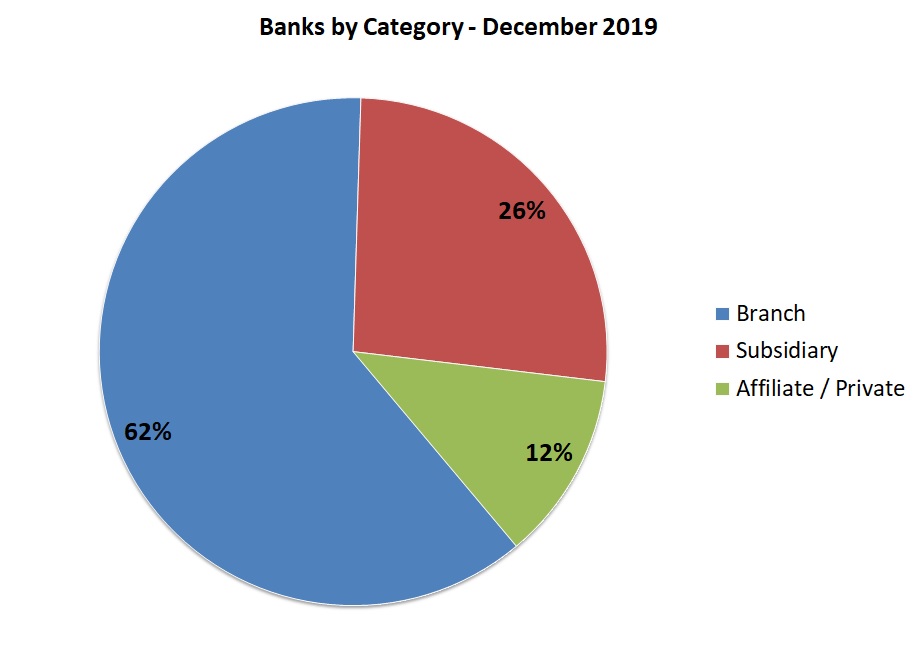 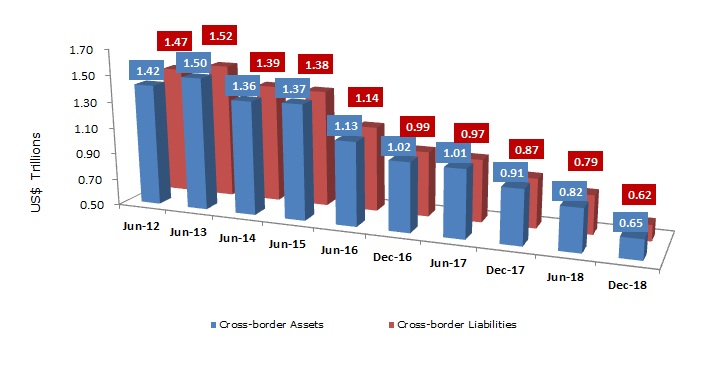 A reputation of sensible regulation comparable to other international financial centres coupled with a competent workforce of lawyers, bankers, and accountants, provides the base on which Cayman continues to build its clientele. Licensees represent over 40 countries from across the globe. 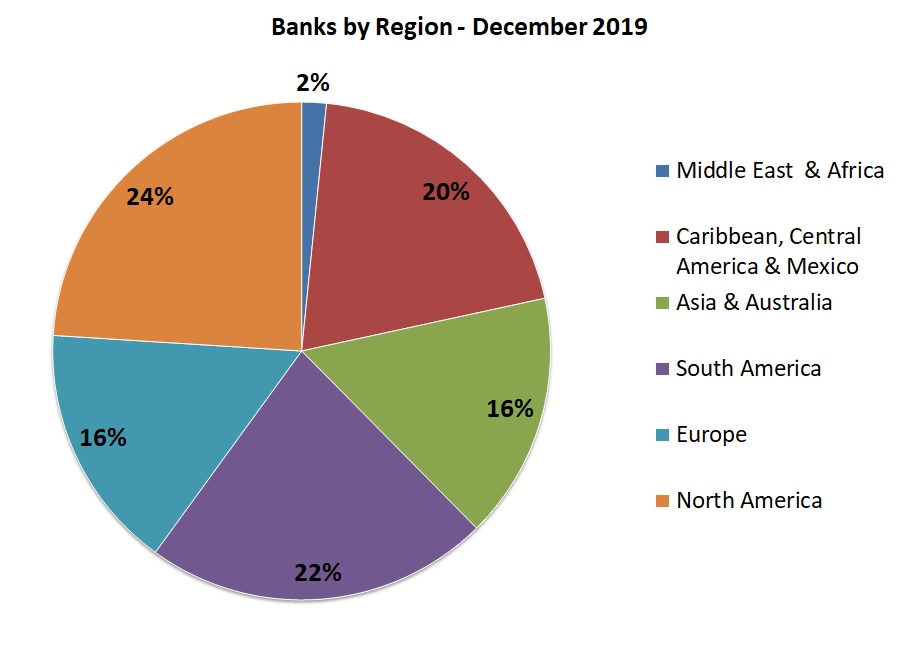 The Cayman Islands is recognised as one of the top 10 international financial centres in the world, with over 40 of the top 50 banks holding licences here. This is a testament to the worldwide recognition of the quality of Cayman's financial Industry. Over 80 percent of US$674 billion on deposit and booked through the Cayman Islands, represents inter-bank bookings between onshore banks and their Cayman Islands branches or subsidiaries. These institutions present a very low risk profile for money laundering.