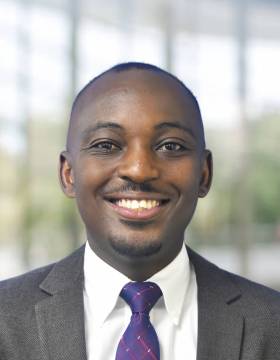 Effective 1 January 2021, Mr. Abubakar Nyanzi was appointed as a Deputy Head of the Anti-Money Laundering Division at the Cayman Islands Monetary Authority (“CIMA”), having served as the division’s Chief Analyst since October 2020.

With extensive regulatory and financial experience, Mr. Nyanzi’s career at CIMA first began in November 2017 as a Chief Analyst in the On-site Inspection Unit. He was also part of the CIMA’s delegation addressing the recommended actions identified in the Caribbean Financial Action Task Force’s (“CFATF”) 2019 Mutual Evaluation Report of the Cayman Islands.

Before joining CIMA in 2017, he worked for with Ernst & Young, in various offices across the Caribbean region, as well as Uganda and Qatar. While there, he successfully led audit projects and advised regulated entities ranging from large multinational banks, insurance companies, trust companies, pension plans, hedge funds, not for profit organisations, health services, oil and gas, utilities, and telecommunications. He has also supervised entities under the oversight of major international regulators.

He is a member and fellow of the Association of Chartered Certified Accountants (“ACCA”), UK and a member of the Cayman Islands Institute of Professional Accountants. He holds an Advanced Diploma in Accounting and Business from ACCA, UK and is a Certified Anti-Money Laundering Specialist with extensive regulatory training. As a trained Financial Action Task Force (“FATF”) Global Network E-Joint Assessor, Mr. Nyanzi was appointed by CFATF to represent the Cayman Islands as a financial assessor for a mutual evaluation exercise.