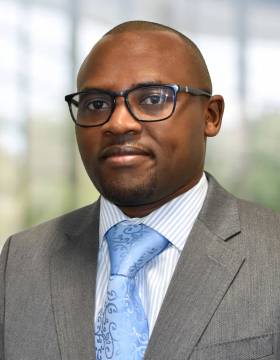 On 1 March 2020, Mr. George Kamau was appointed as Deputy Head of the Insurance Supervision Division of the Cayman Islands Monetary Authority (“CIMA’’ or “the Authority”) where he is responsible for co-managing the day-to-day operations of the division, both on an on-site and off-site basis.

He brings over 15 years of experience in the financial services industry, majority of which was spent at CIMA.

He first joined the Authority in September 2009 as an Insurance Senior Analyst. He was later promoted to the role of Chief Analyst in March 2014, a capacity in which he was primarily responsible for directing and supervising the work of an assigned team to ensure that the activities and records of licensees were in compliance with regulatory requirements. Other duties involved complex research and project management functions to ensure best regulatory practices were employed. He also represented the Authority at domestic and international regulatory meetings, conferences, and industry events.

Prior to this, Mr. Kamau worked as an Audit Senior for a CPA firm and subsequently as an Internal Auditor for a publicly listed financial group with asset management and insurance operations (both property and casualty and life business).

Mr. Kamau holds a First Class Honours Bachelor of Commerce degree in Accounting from the University of Nairobi and is a Certified Public Accountant.