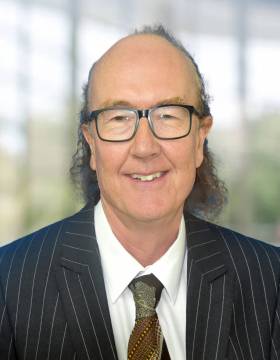 Mr. Fox’s career spans nearly 46 years in the insurance industry. Naming some of his most recent positions held prior to joining CIMA, Mr. Fox served as Senior Manager with KPMG in their United Kingdom (UK) office from 2008 – 2011. During his time there, he provided extensive audit and consulting advice to Lloyd’s and London market companies. This included a blend of mergers/acquisitions, Solvency II and asbestos/health hazard/pollution claim advice to clients.  He was designated as the principle point of contact for UK originating captive consulting activities. He also served as the lead mentor for newly qualified actuaries and was the national lead in the actuarial graduate recruitment programme. Additionally, he was elected by KPMG’s Financial Services group to represent views to the UK Board of KPMG.

A year later in 2012, Mr. Fox joined American International Group to work as a Global Pricing Actuary where he took on a special project to harmonise worldwide pricing in the enterprise segment of the business.

From 2013 – 2017, he also worked with International General Insurance where he held the positions of Group Chief Actuary and Group Chief Officer. This involvement provided further experience to reinsurance risks worldwide. In these roles, Mr. Fox was responsible for providing pricing support to underwriters, group reserving, financial planning through the corporate plan, handling the enhancement of the risk register process, and advising departments on the process for risk.

Mr. Fox holds a First Class Honors Bachelor of Science degree in Mathematics from Queen Elizabeth College of London University and is a Fellow of the Institute of Actuaries. Since the completion of his Fellowship exams in 1977, where he passed the Specialist Life Assurance Practice, Mr Fox has gained extensive experience in pensions and life assurance. Subsequently, he has also concentrated on the property and casualty reinsurance market.