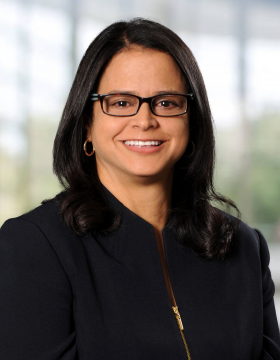 In this role, she oversees the implementation of policies to ensure the sound management of the Cayman Islands’ currency and the effective supervision of regulated entities operating in and from the Cayman Islands. She is also responsible for the development and maintenance of strong working relationships between the Authority, the Cayman Islands Government and other major international regulatory bodies.

Representing the jurisdiction extensively on various regulatory and cooperation matters, she is the deputy chairman of the Group of International Financial Centre Supervisors, and co-chair of the Financial Stability Board’s Regional Consultative Group for the Americas. Additionally, she routinely interacts with bodies including the International Organization of Securities Commissions, the International Monetary Fund and the Caribbean Financial Action Task Force, as well as with jurisdictional regulators such as the UK Financial Services Authority, the US Securities and Exchange Commission and the European Securities and Markets Authority.

Joining the Authority at its inception in January 1997 as the Head of Currency Operations, Mrs. Scotland was promoted to the post of General Manager in June of that year. Prior to CIMA, she spent six years with one of its predecessor organizations, the Cayman Islands Currency Board, the last three of those years as the Board’s Manager.

She was the 2004 recipient of the Young Caymanian Leadership Award and was made a life member of the International Association of Business Leaders in 2005. Mrs. Scotland holds a Bachelor of Arts degree in Economics from Macalester College and a certificate with distinction and diploma with merit, both in offshore business management, from the Institute of Chartered Secretaries and Administrators. She is also a Notary Public of the Cayman Islands and is a contributing author to numerous industry publications.